Underwriters Laboratories, abbreviated as UL is a safety organization that tests products pertaining to certain strict international standards. Therefore, you can call it a certification company similar to CSA, but located in Northbrook, Illinois. However, their reach is vast and their agency branches span across 46 countries. 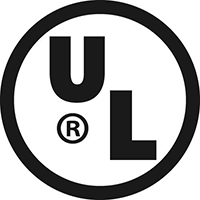 UL came to worldwide notice when they started testing the last century’s latest technologies and made initiatives for the setting up of very strict certification standards for products in various fields. The standards of Underwriters Laboratories were so high that they soon were trusted as a very adept certification agency.

Their motto is ‘Working for a Safer World’ and that they do to the fullest. They have a total of 48 standards for all the daily household needs as well as industrial grade equipment. These standards are recognized by other agencies like CSA and Baseefa which can be called the British counterpart of UL.

The first standard it established was of ‘Tin fire doors’. From such humble beginnings, UL has now been known to unanimously certify products such as smoke detectors to Photo-voltaic flat-plate modules.

UL started labeling products at the very root of their production. That is, the factories itself. They remain true to this practice even till date which critics have recognized has a very personal approach to keeping the consumers safe.

UL now has 64 laboratories across the globe in a total of 104 countries. IT does not limit itself to the certification of fire and electrical safety anymore. From its roots, UL has now branched out to other areas as well such as hazardous substances, food safety and even water quality. Performance testing has also been included in their work frame.

UL can now be called the epitome of certification in electrical safety as it is one of their oldest disciplines. Thus consumers, can be assured of the merchandise that they have invested in by just glancing at the UL certification mark. If it is there then, the product has undergone a scrutiny by one of the oldest certification companies in the world, which makes your safety a priority.

All products on SecureCableTies™ carry the UL certification mark. Thus, in an online marketplace, where the customer relies on the company name for trust, SecureCableTies™ offers you an added reason to believe in what you buy. Because SecureCableTies™ also believes in a clichéd version. ‘Working for a Safer You’.